CBDC (Central Bank Digital Currency) is the digital currency of the central bank. It is an electronic obligation of the monetary regulator, denominated in the national unit of account and serving as a means of payment, measure and conservation of value. For several years, Boosty Labs team has been successfully involved in Central Bank Digital Currency development outsourcing. We are a world-class fintech and cloud engineering team with a solid background of practice that combines consulting, strategy, design and engineering at scale.
Cooperate

What the implementation will affect

CBDC issuance is an efficient anti-fraud method. The main goal of the CBDCs is to create a payment system that is secure in the first place.

CBDCs can reduce the risk of bankruptcy. With their help, the central bank can replace some retail depositors and, as a major player, stabilize the supply of bank financing.

CBDC can resolve a conflict in a number of countries: although the public sector issues legal tender, legal restrictions on the use of funds effectively prevent households and firms from making payments in large government-issued bills. That is, the state prohibits citizens from using state money. With the help of CBDCs, households and firms could make all payments without restrictions, even if they were retained for cash. 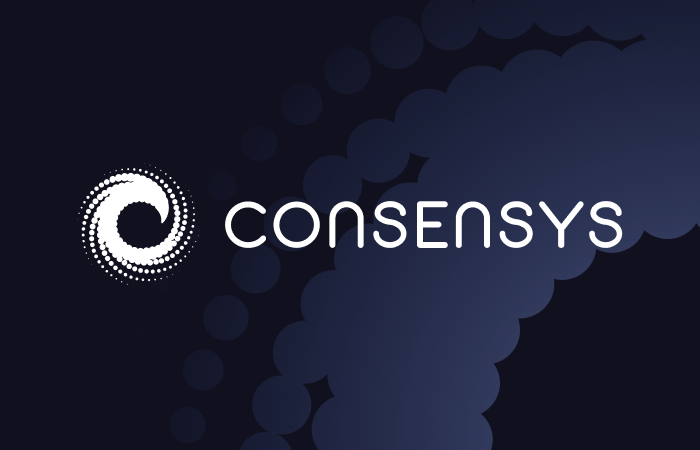 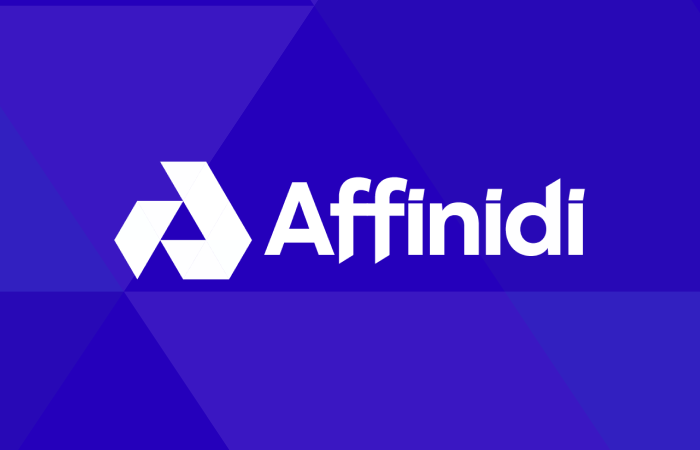 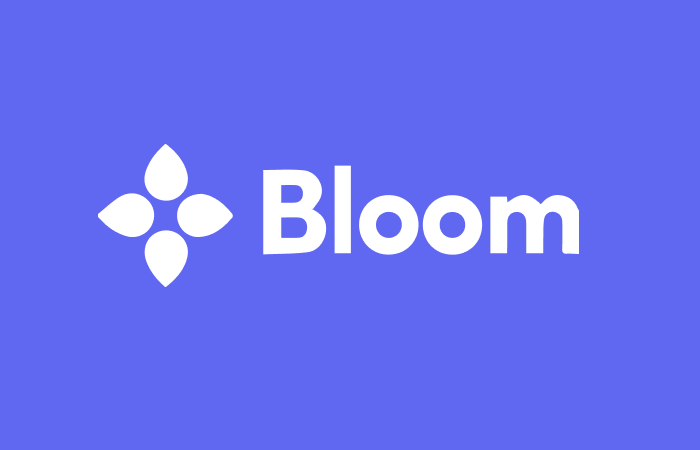 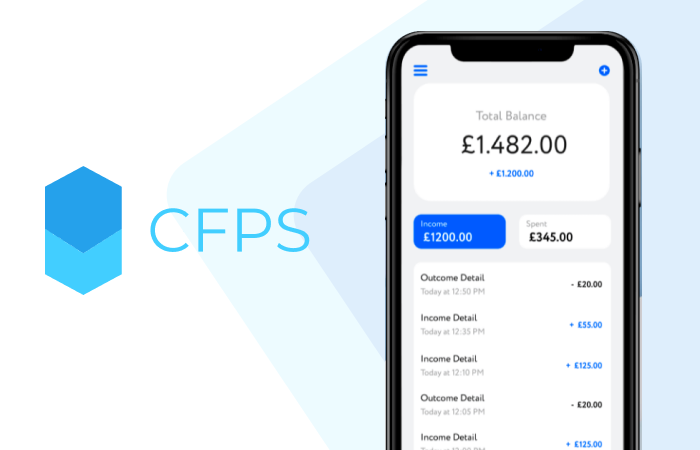 There is no single generally accepted classification of CBDC. The key parameters by which you can divide them into types are:

Depending on the architecture, researchers distinguish two main categories of CBDCs:

What is wholesale or commercial CBDC (W-CBDC)?

Among central banks, the so-called wholesale CBDC model is the most popular. The wholesale version of CBDC is a payment system operated by central banks. It is available only to a narrow circle of users (financial institutions that store funds in central bank accounts and professional market participants). The analogs of wholesale digital currencies are correspondent accounts and bank deposits.

In the case of calculating interest income, wholesale CBDCs can be viewed as interest-bearing liabilities of the central bank.

Wholesale CBDC technology will increase the efficiency of interaction between different areas. Direct linking of stock or foreign exchange platforms to cash platforms can increase the speed of transactions and eliminate settlement risk. The speed of transactions in the OTC markets and in the areas of syndicated lending, as well as settlements for international trade transactions, can significantly increase when establishing a connection with the instant settlement system based on wholesale CBDCs.

Also, wholesale CBDCs can simplify cross-border payments infrastructure by significantly reducing the number of intermediaries. This will increase its efficiency and safety, reduce costs, and reduce liquidity and counterparty risks.

The introduction of distributed ledger technology will also make it possible to give wholesale CBDCs “smart” characteristics, including targeted financing, limiting their use in time and space, and applying conditional interest rates. These features will allow central banks to leverage new monetary policy instruments such as personal lending rates.

Real-time monitoring and tracking options, as well as control over the money supply, will help banks and regulators to fight against money laundering and in supervision.

The sphere of distribution is limited to interbank transactions, settlements on transfers, clearing operations and international trade (where banks often act as guarantors for transactions).

What are retail CBDCs?

Retail CBDCs are digital currencies available for widespread use by individuals and legal entities. They serve as a replacement for cash (or a supplement) and an alternative to bank deposits.

While there are many variations of the retail digital currency model, most central banks highlight the following key characteristics:

The retail CBDC concept is comparatively popular among emerging economies' central banks, where financial institutions are seeking to lead the rapidly growing fintech industry, promote financial inclusion by accelerating movement towards a cashless society, and reduce the cost of issuing money and processing banknotes.

Central banks in developed countries are not very enthusiastic about retail CBDCs creation. Regulators are unwilling to create competition between central bank funds and the private sector, considering the potential benefits of using retail digital currencies to be limited.
In their opinion, the introduction of retail CDBC is too bold (or premature) step.

What are hybrid CBDCs?

Hybrid digital currencies are a cross between direct (wholesale) and indirect (synthetic) CBDCs. Payment processing is handled by intermediaries, but the digital currency itself is a direct payment request to the central bank. The latter is responsible for a distributed ledger with all transactions and manages a backup technical infrastructure that allows the payment system to be restarted in the event of a failure.

One of the key elements of the hybrid CBDC architecture is the regulatory framework that underpins the currency rights, separating them from the balance sheets of the payment service provider (PSP). If the supplier is unable to meet its obligations, then the assets held in the CBDC are not considered part of the PSP's assets available to lenders.

The legal framework gives the central bank the ability to transfer a retail customer's contract with an unworkable PSP to a fully functional supplier.

Another key element is the technical ability to ensure the transfer of assets. The bank is obliged to support the process of making payments in a situation where the intermediary is experiencing technical difficulties. Consequently, the financial institution needs the ability to restore the balance of a retail client. Therefore, the bank retains a copy of the retail customer's CBDC assets, which allows assets to be moved from one PSP to another in the event of a technical failure.

Pros and cons of hybrid CBDC

As an intermediate solution, this model may have better stress tolerance than indirect (synthetic) CBDCs, but it is more complex in relation to infrastructure management from the point of view of the central bank.

Hybrid CBDCs are somewhat easier to manage than direct ones. Since the central bank does not interact directly with retail users, it can focus on a limited set of key processes, such as settlement of payments. At the same time, resellers can manage other services, including confirmation of instant payments.

What are intermediary CBDCs?

The architecture of intermediary digital currencies resembles that of hybrid CBDCs. In this case, the monetary regulator controls the wholesale register, not the central register of all retail transactions. Intermediary CBDCs represent a direct payment request to the central bank, while payments are made by intermediaries.

The Bank for International Settlements (BIS) points to an increase in the number of central banks that are leaning towards hybrid and intermediary CBDC models. Only a few jurisdictions are considering “direct” projects, in which the regulator takes over all user payments.

What are synthetic or indirect CBDCs (sCBDCs)?

Along with the above three general purpose CBDC architectures, there is another approach. It is based on a model for the indirect provision of retail digital currencies through financial intermediaries.

The sCBDC model is also known as "two-tier" CBDC because it resembles the existing two-tier banking system. Issuers-intermediaries secure all of the regulator's obligations to retail customers (in the form of indirect CBDCs) through assets in actual CBDCs (or other funds) deposited with the central bank. Intermediaries control communications with retail customers, online payments and messages to other intermediaries, and bulk payment instructions to the central bank.

Central banks protect the assets and rights of intermediate clients (issuing companies), monitor the ledger of transactions, and manage the backup technical infrastructure.

The sCBDCs issued by intermediary companies are backed by central bank reserves.

Pros and cons of sCBDC

sCBDCs are cheaper and less risky compared to direct-produced and more manageable counterparts. They also enable the private sector to innovate and engage with customers more effectively, and central banks to build trust with users.

The downside is that society can view sCBDC as a product released under the brand of a central bank, not fully realizing that the regulator has limited responsibility for it.

How do central banks view CBDCs?

According to experts, the development of CBDCs is one of the most important trends in the monetary sphere, which will radically change the world of money in the next decade.

A report released by BIS in April 2020 indicates that the coronavirus pandemic has only accelerated development in this direction. According to the document, China, Sweden and Canada are leading in the development of CBDC.